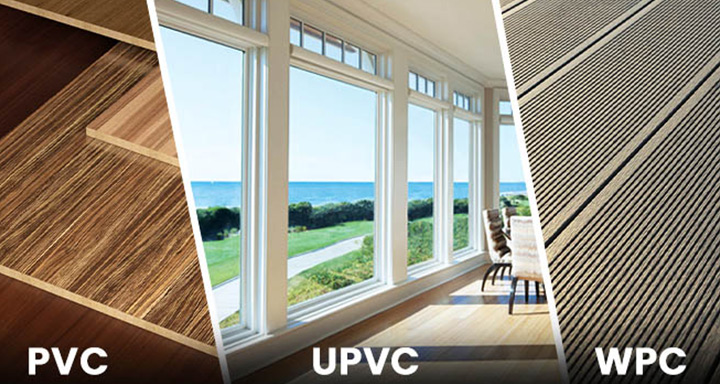 Difference Between PVC and UPV

A building structure or any other structure is decided by considering multiple factors. Various materials are available in the market that is incorporated in the structure.

Pvc and Upvc are the pipes commonly installed in a building structure. We all hunt for materials according to our preferences.

The main difference between Pvc and Upvc is that Pvc pipe is a plasticized pipe that contains BPA and Phthalates. On the other hand, UPVC is an unplasticized pipe. Pvc is a flexible plastic because of the presence of the two plasticizers, whereas Upvc is a rigid plastic. They also differ in application in various industries.

Pvc stands for Polyvinyl Chloride that is a blend of plastic and vinyl material. It is an artificial polymer that is widely employed in various industries.

It is used as a substitute for aluminum and copper pipes. Pvc pipes have multiple usages, such as in the construction of doors, windows, furniture, etc.

Upvc implies Unplasticized vinyl chloride. It is generally used for window framing. It is a pipe recommended for its durability. UPVC pipes are not harmful to health because of the unavailability of plasticizers.

It is non-biodegradable and does not disintegrate in nature. It is used widely because of its incredible resistance to chemicals.

Pvc pipes are plastic pipes that are composed of thermoplastic. It was invented in the year 1925. Pvc is widely used in many industries for different purposes. Around 40 million PVC pipes are manufactured every year for multiple uses.

Pvc pipes are marketed under two categories. One is rigid pipes, and the other is flexible pipes. The Rigid form of the PVC pipes is used in the manufacturing of the pipes. Rigid pipes are also used in applications such as in the construction of doors and windows.

Pvc pipes have numerous applications. It is utilized to push a machine called an extruder into a hollow pipe. It is considered one of the solid pipes prevalent in the market. Due to their durability, it has a mass usage in irrigation pipes. The PVC pipes are an affordable means to piping systems.

Pvc pipes can resist extreme gesticulation and bend. Due to its resistance to movements, it is suitable in earthquake-prone areas. Pvc pipes can bear severe shaking of the earth without getting busted.

Pvc pipes shatter on the transportation of high-pressure gases. Pvc pipes have many physical and chemical properties. It is the preferred choice for installation in sewages due to its resistance to acids, salts, and other chemical reactions.

The mechanical properties of the PVC pipes amplify with the increase in molecular weight and decrease with increasing molecular temperature. It has an inferior electric insulating capacity due to its high polar nature

Upvc is a category of plastic pipes that are composed of polyvinyl chloride but do not contain any plasticizers. Due to the unavailability of plasticizers, Upvc pipes are very rigid by structure.

UPVC pipes’ rigidity is comparable with an iron pipe. It is very complex to work with uPVC Pipes because of their rigidity. It is less bendable and is cut down with a power tool for further application.

UPVC pipes are an alternative to wood at construction sites. It is an ultimate choice for the production of plastic pipes because of its incredible resistance to chemical erosions. UPVC pipes are adopted for designing window frames because of their ability to handle a wide range of temperatures.

UPVC pipes are an advantageous product in industrial applications. UPVC pipes have a high resistance to chemical corrosion. It is used in technical applications because of its rigidity.

UPVC pipes can withstand the high pressure of water and steam. It has high tensile strength. It is a plasticizer-free pipe and can be installed in water supply systems without the plasticizers leaching into the water. It is not detrimental to the environment because it does catalyze any harmful organic compound.

UPVC pipes walls do not corrode even after a long period. It has a low coefficient of friction which prevents internal corrosion.

UPVC pipes have many applications. It is inducted as an internal as well as an external pipe in the houses. It is installed in the attics of the house for heat insulation.

It can also be used as an underground pipe as a jointing product. UPVC pipes suffer the drawback of being a little expensive and having limitations to length.

Conclusion
Pvc and Upvc pipes are used widely in various industries and houses as well. Both the pipes offer different features in terms of durability, flexibility, outer and inner properties, etc. Pvc pipes are a preferred choice for irrigational activities because of their flexibility. UPVC pipes are widely used for construction purposes.

The choice of the pipe to be installed in the structure depends upon its usage. A proper analysis of the usage of the pipe should be done before the installation considering all the factors such as usage, flexibility, resistance to pressure and temperature, etc. The piping system is an essential aspect of a building composition or any other structure.